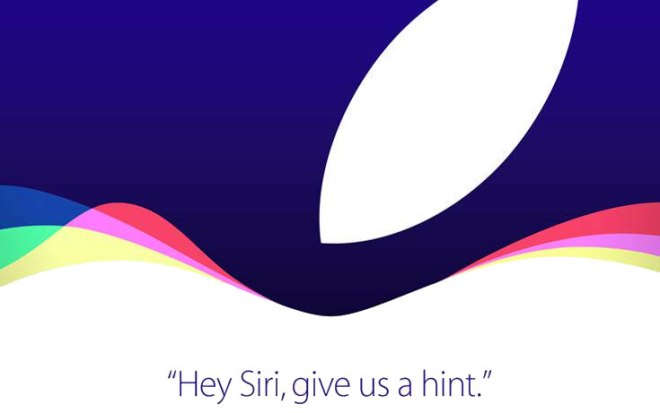 Apple has announced the September 9 iPhone event. The new iPhone 6S and 6S Plus are expected.

The press invitations are sent with the text “Hey Siri, give us a hint”. We already know that the new iPhones are not bringing anything extraordinary, so the text might hint us about the Apple TV getting Siri support. It’s not excluded that Apple might bring some kind of home assistant box but it’s unlikely as we don’t have any rumors or leaks supporting that.

The upcoming iPhones are rumored to keep the same design with just a little thicker form factor to get the Force Touch feature fitted in. The camera is also going to be improved from 8 megapixels to 12. We will keep you up to date as the event happens.