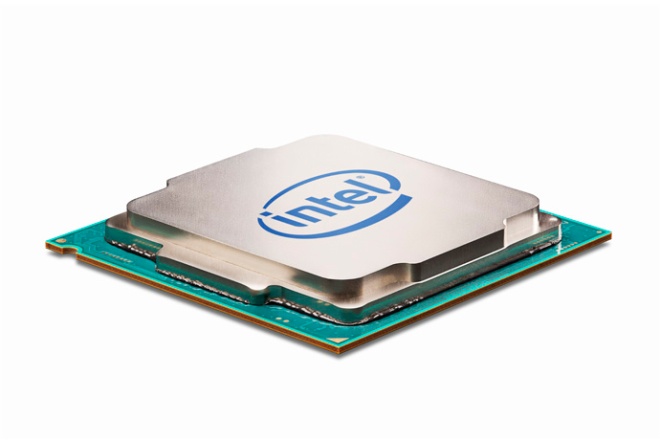 There’s no denying that DRM is good and needed. But how did it become Microsoft’s and Intel’s cashing playground?

Digital rights management (DRM) is a generic term for technologies that control one’s access to content. After years of hard fight, it looks like the pirate side has won. They have the content and they have the ways to share it. Something needs to be done so that the content creators get their bread to the table and it looks like Microsoft and Intel (AMD) have it figured out.

They have decided that there will be a hardware and software wall between us, the viewers and the content. For example Netflix 4K. To watch 4K videos from Netflix, you need Windows 10, Edge browser and a Kaby Lake 7th generation Intel CPU. Absolutely ridiculous.

They claim that it’s because of the H.265 10-bit decoder built into the Kaby Lake processors. Skylake only has 8-bit decoder which hasn’t got the performance. That’s horse s**t. Why did the Skylake have it then, if it can’t be used?

The monopoly companies like Intel and Microsoft are just cashing in without thinking about the future. Peeing into the customer’s morning cereal is never a good thing.

Intel even changed the chipset from Skylake to Kaby Lake to force customers to buy the new Z270 motherboards and that way, a new Windows 10 licence from Microsoft. Luckily, most of the Z170 boards can be updated to support Kaby Lake.

That still leaves the cost of the CPU. The Kaby Lake chips have better thermal solution than Skylake and because of that, they can clock higher. That’s the difference. Why would anyone with an Ivy Bridge or newer upgrade? The performance gains are minimal and the retail value of the old one has collapsed.

Why didn’t Intel just draw the line between Sandy Bridge and Ivy Bridge? They say it’s the hardware decoder. Why is there the software wall with Windows 10 and Edge then? Why don’t just ask the Windows OS to check if you have an Ivy Bridge or newer? Why can’t you just check with the Windows that the user is not running any recording software and just freaking show the content?

The Microsoft’s and Intel’s answer is hardware. It’s a hardware decoder that can decode the encoded stream so that the content can’t be captured. And how does this prevent the pirates from capturing the content from the video cable? And why is the Edge browser needed then?

Money is the real answer.

Taking a commonly known issue and turning it into a short term profit, that’s what Microsoft and Intel are doing here.

Don’t forget that the same restrictions apply to the UHD Blu-ray. The disks that the new version of XBOX One can run with an ancient AMD CPU. It’s not a hardware problem, it a problem with selfishness.

Microsoft has been doing lots of different things to get users to upgrade to Windows 10. Although the new OS still has its weaknesses, Microsoft is ready to cut its support for older versions to get more Windows 10 users.

Even the Windows Vista still gets the most important updates but now Microsoft has said that computers running Windows 7 or 8 on Skylake architecture might not get any updates after July 17, 2017.

After July 2017, the most critical Windows 7 and Windows 8.1 security updates will be addressed for these configurations, and will be released if the update does not risk the reliability or compatibility of the Windows 7/8.1 platform on other devices

In their statement Microsoft leaves an opportunity to release the important security updates but at the same time doesn’t promise anything. Microsoft can appeal to reliability and compatibility to leave such systems without updates.

Microsoft’s Lumia 950 gets the first reviews. Here is a little recap of them.

Lumia 950 is the first Lumia flagship in almost two years. It’s the first Windows 10 phone and according to the reviews, it’s visible. The software feels like a pre-release version, it’s not complete yet.

On the positive side, the display is great. AMOLED panel with the ClearBlack filter gives perfect blacks and the QHD resolution gives the sharpness. Also the camera gets good reviews, it’s the best part of the device. The great camera software continues where it left with the Lumia 930. Even the Lumia 950 is not a perfect camera. It sometimes struggles even in good conditions and sometimes it just takes the perfect photo. Might be the software.

Staying on the positives, the Windows Hello is told to be working great. Only problem is the fact that the device needs to be almost on the eye level, unlike a fingerprint scanner phone that can be opened already on its way from pocket. Windows Continuum shares the opinions. It’s great for light working but it needs really be light. For example full desktop tabs can’t stay open for long due to the lack of RAM or unstable software. The 950 XL with beefier specs might do better here.

On the hardware side, the Lumia’s build doesn’t impress anyone. Gone is the neon colors from previous devices and the metal of the 940. The 950 is made out of plastic, white or black plastic. As The Verge says in their conclusion, “cheap materials and boring design”. The Snapdragon 808 runs the Windows 10 easily. The hiccups are not the lack of power, it’s the software. The battery gets the usual one day of heavy to moderate usage.

The lack of apps is real. Microsoft just told that the Android app support is late and that’s bad for Windows Phone. The Google apps just don’t exist and the Facebook, Twitter and Instagram apps are numerous versions behind their iOS and Android cousins. Some apps are just plain missing. Come on Microsoft, get that Android support done.

The PocketNow review has probably the best conclusion: “Only if you’re a fan”. The Lumia 950 is not a complete device. It’s for those who liked the previous Lumia devices but not for many more.

Surface Pro 4 is a significant update. The Pro 3 was still running on oldish 4th generation Intel chips and the new Pro 4 uses the much more power efficient 6th generation Skylake processors. The display is slightly larger than previously at 12.3″ and has 5 million pixels. The tablet now has a fingerprint scanner and support for Microsoft Hello face recognition. The pen now has 1024 pressure states and an eraser. The keyboard is better with the better spaced keys. Prices start at $899 and shipping starts on 26 October.

Maybe the more interesting Surface is the new Surface Book. It is a direct MacBook Pro competitor with slim magnesium body, great display and lots of horsepower. The Book is a convertible laptop which means that the display is removable and can be used as tablet. It uses a clever hinge design that allows the display to be removable but the laptop still feels like a laptop and not flimsy or unstable like some other convertibles. The Verge has a great article about the hinge.

The Surface Books has some serious hardware inside. The 6th generation Intel chips and NVIDIA GTX graphics cards makes it two times faster than the same size MacBook Pro. The display measures at 13.5″ and has 6 million pixels. The keyboard is backlit and hides the graphics card which is not available in tablet mode. The Surface Book ships on 26 October and prices start at $1499.

Lumia 930 from the first half of 2014 has been the Lumia flagship for a long time now. Finally with the launch of Windows 10 Mobile, Microsoft releases new high-end Lumias.

Lumia 950 has a smaller display at 5.2″ and a Snapdragon 808 which is also liquid cooled. It also misses a little on the battery capacity, 3000mAh. Other specs are similar. Both have a USB Type-C charging and syncing port, 5MP front facing camera and microSD support for up to 200GB cards. Both phones will be available in November. The 950 is priced at $549 and the XL costs $649.

Microsoft was really marketing their new Continuum dock. It connects the phone to an external display and the phone acts like a Windows 10 computer.

Microsoft Band was also updated. The new version has curved AMOLED display with Gorilla Glass, new band material, a barometer to measure ascend and descent and the Cortana integration. The new band costs $249 and will be available for preorders later this month.

Microsoft has sent press invitations for an event on October 6. We are expected to see the new Windows 10 devices.

The main focus of the event will be the new Windows 10 Mobile devices, Lumia 950 and 950 XL. The devices are rumored to feature QHD displays, high-end Snapdragon SoCs and 3GB of RAM. The plastic design returns with a large camera bump on the back.

Also we are expecting to see the Microsoft’s answer to the iPad Pro. The Surface Pro 4 might be revealed with full desktop Windows 10 and in different sizes. The 12″ model might get a 13″ or 14″ variant alongside it. The specs are of course going to be impressive and comparable to laptops.

We just told about Norton and Windows 10 compatibility issues. Now Norton has released a Repair Tool for it. Here’s how to use it. 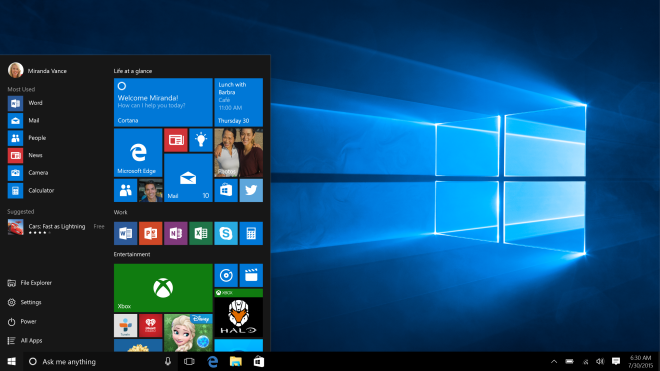 Update: Norton has released a repair tool. Here’s how to use it.

We have the solution for this problem. Norton 360 and Internet Security seems to have some compatibility issues with Windows 10 so all that is needed is uninstalling Norton software for now, until it’s fixed.

If you want to reinstall your paid Norton software, we suggest you wait for a couple of months to be sure Norton is updated to be compatible with Windows 10.

If you have Norton and you haven’t yet upgraded to Windows 10, we suggest you uninstall Norton and run the Norton Removal Tool before upgrading. Windows Defender is perfectly capable to keep your computer secure.

Microsoft has started the Windows 10 updates. New version of Windows is available for Windows 7, 8 and 8.1 users for free.

It’s 29th of July. That means that Windows 10 is finally available. Users with Windows 7, 8 or 8.1 should receive their free copy from Windows Update. If update is not available, it’s also possible to download and install it by using a specific tool from Microsoft website.

Windows 10 brings a fresh new user interface and unifies the Metro UI and the traditional desktop to one modern desktop. Live tiles are now in the Start menu, which is now back in its familiar place, down left corner.

Windows 10 introduces Windows users to multi desktops that Linux and Apple users have been enjoying for years. User can add multiple new desktops and keep their work and home desktops separated.

There are still many unclear thing for me in the Windows 10. For example after removing all the live tiles from the start menu, it seems to be impossible to remove the left blank space.

We might be writing a full review of Windows 10 after a few weeks of use but it depends if there’s any surprises or problems.