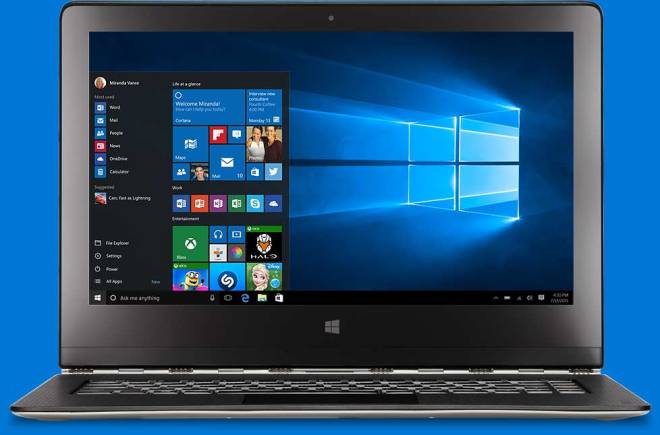 Microsoft has been doing lots of different things to get users to upgrade to Windows 10. Although the new OS still has its weaknesses, Microsoft is ready to cut its support for older versions to get more Windows 10 users.

Even the Windows Vista still gets the most important updates but now Microsoft has said that computers running Windows 7 or 8 on Skylake architecture might not get any updates after July 17, 2017.

After July 2017, the most critical Windows 7 and Windows 8.1 security updates will be addressed for these configurations, and will be released if the update does not risk the reliability or compatibility of the Windows 7/8.1 platform on other devices

In their statement Microsoft leaves an opportunity to release the important security updates but at the same time doesn’t promise anything. Microsoft can appeal to reliability and compatibility to leave such systems without updates. 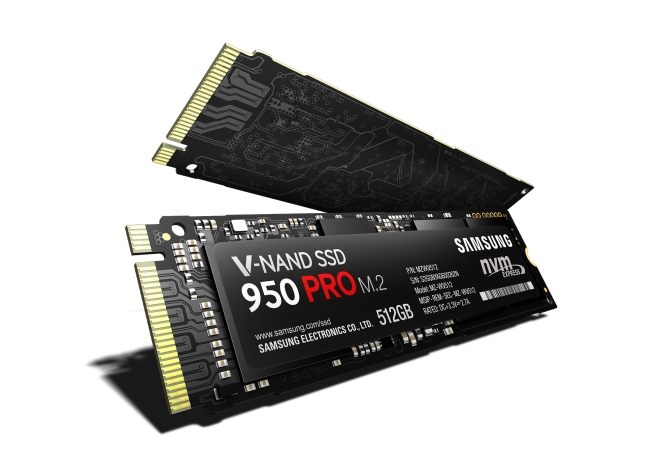 The drives will be available in October for $200 for the 256GB version and $350 for the 512GB model. A 1TB version will come later this year but it’ll use even more advanced 48-layer design and the new 3rd generation chips.

Intel has introduced new mobile and desktop CPUs. The lineup now has processors for all PCs from ultrabooks to work stations.

The new Skylake architecture is made on Intel’s 14nm process and with it, the chips are more power-efficient. The lineup starts from the low-power Y-series. They are for ultrabooks, have two cores and support hyper threading. The Y-series has m3, m5, m7 and Pentium processors with 3.5 to 7 watt TDP.

Intel also updated their desktop Skylake lineup. With the unlocked i7-6700K and i5-6600K there’s now a wide variety of locked CPUs with a letter T at the end. Hyper threading is available on i3 and i7 CPUs. Core i5 and i7 processors have four cores and i3 and Pentium have two cores. 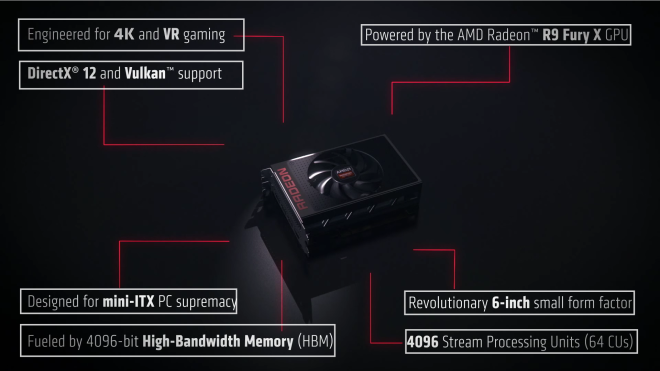 AMD has finally released their third Fiji-based graphics card. The tiny Nano is the smallest of the Radeon R9 family. The card packs the same 4096 core, 256 texture unit and 64 ROP Fiji chip the flagship R9 Fury X uses. The GPU is clocked at 1GHz and the 4GB of 4096-bit HBM memory runs at 500MHz. That means compute performance of 8.19 TFLOPS and memory bandwidth of 512GB/s.

The Nano has one HDMI port and three DisplayPorts. It takes maximum of 175 watts through one 8-pin PCI express power connector. It measures at just 6″ in length and two PCIe slots in width. AMD claims that the R9 Nano is the fastest and most power efficient enthusiast grade graphics card for mini-ITX builds.

Intel has launched a tiny new motherboard standard with support to LGA based CPUs in IDF 2015. The new motherboard is smaller than mini-ITX and it supports upgradeable Intel CPUs unlike previous Intel NUC motherboards.

The new 5×5 gets it’s name from it’s size, 5.5″ x 5.8″ or 140mm x 147mm is the smallest standard with LGA socket. The 5×5 has two SODIMM slots for RAM, one M.2 slot and one SATA 3 slot. It however makes compromises to get to it’s size. It doesn’t have a single PCIe slot and it only supports CPUs with maximum of 65W TDP because it only uses DC power.

Manufacturers can modify the specs of the motherboard when building their own. Only the size and positioning of the CPU socket are standard. The upcoming boards will support LGA 1151 socket and with it 6th generation Skylake CPUs.

We just told about Norton and Windows 10 compatibility issues. Now Norton has released a Repair Tool for it. Here’s how to use it.

Update: Norton has released a repair tool. Here’s how to use it.

We have the solution for this problem. Norton 360 and Internet Security seems to have some compatibility issues with Windows 10 so all that is needed is uninstalling Norton software for now, until it’s fixed.

If you want to reinstall your paid Norton software, we suggest you wait for a couple of months to be sure Norton is updated to be compatible with Windows 10.

If you have Norton and you haven’t yet upgraded to Windows 10, we suggest you uninstall Norton and run the Norton Removal Tool before upgrading. Windows Defender is perfectly capable to keep your computer secure.

NVIDIA has released its new budget class desktop graphics card. The GTX 950 costs around $160 and will be available for customers right away.

The GTX 950 has a Dual Link DVI-I, HDMI 2.0 and 3 DisplayPort 1.2 connectors. It also supports DirectX 12, G-Sync and NVIDIA GPU Boost 2.0. The card’s maximum power consumption is 90 watts and it uses one 6-pin PCIe power connector.

The GTX 950 replaces GTX 750 and 750 Ti graphics cards at the lower end of NVIDIA lineup. The reference card is available for purchase right away and at least EVGA, MSI and ZOTAC have their own design cards coming up.

Intel has announced its new SSD brand Optane at Intel Developer Forum in San Francisco. The new, insanely fast SSD’s will launch as early as next year.

Intel’s new 3D XPoint technology is also coming in DIMM memories for Xeon processors. The 3D XPoint is going to be available in both PCIe SSD and DIMM memories next year and they are sold under the brand Optane. The products will be available for servers, desktops and laptops. 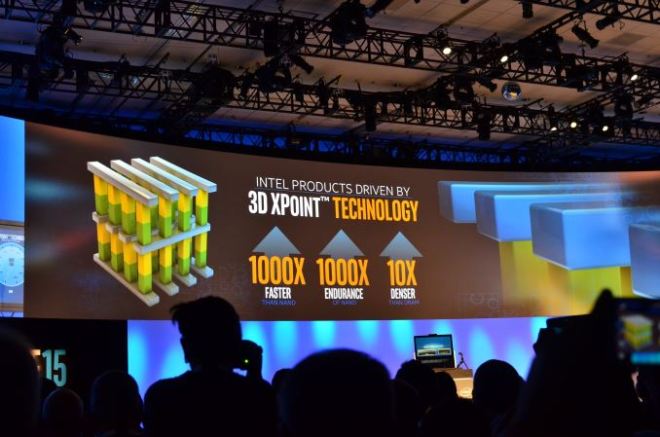 Intel claims that the new 3D XPoint technology has 1000 times the speed and endurance of the currently used NAND technology and it’s 10 times denser than DRAM. According to the keynote, the early Optane prototype easily beats Intel’s current flagship SSD, P3700. The IOps benchmarks revealed that the Optane prototype is a good 7 times faster.

The new technology really puts pressure to other manufacturers. The speed the new Optane has, is going to allow all new possibilities when it comes to demanding game graphics and real-time data analytics. 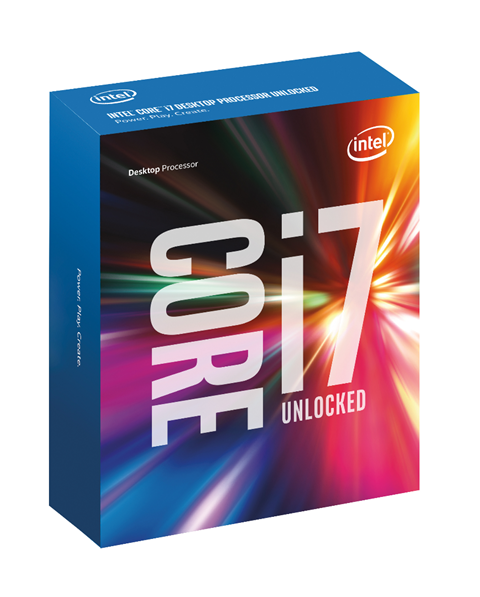 Intel has released its new CPUs. There’s only two desktop CPUs at the launch and more will follow later in the year.

Both new CPUs are made with Intel’s new 14nm process called Skylake. Both share the same TDP at 91 watts and the same integrated GPU. The HD 530 has 24 EU units running at 1150MHz. The new CPUs support both DDR4 and DDR3 memories.

With the new CPUs a new socket was launched. The LGA 1151 supports maximum of 4 DIMM slots and up to 16 PCIe lanes. We have no idea why Intel decided to limit PCIe support to 16 instead of 20 because it limits NVidia SLI to 3-way configurations. 4-way AMD Crossfire is still possible.

As the first benchmark are flooding to the internet, it looks like the new i7-6700K is only around 10% faster than the i7-4790K. In game benchmarks the gain is even smaller.

At the moment it looks like the Skylake is not going to be a great success as Haswell owners are not benefiting anything by upgrading. In the future there will be more Skylake products so we can’t doom them all yet. Still after Skylake, there will be Kaby Lake which is yet another tock and we are not expecting too much from it either. So we don’t believe the rest of Skylake lineup to be any more attractive than these just released desktop CPUs.