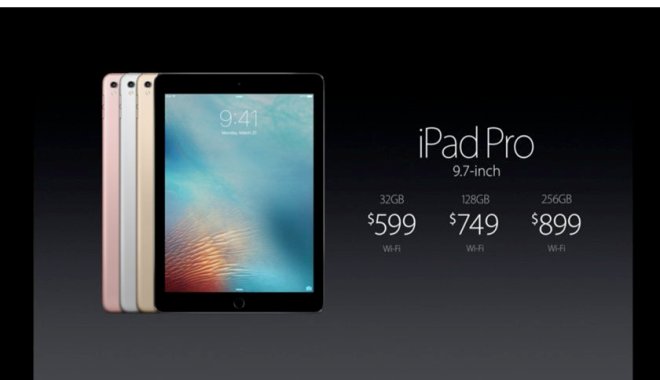 Apple finally updated the 9.7″ iPad and for some reason named it iPad Pro.

The new iPad gets many of the Pro features from its bigger brother. Apple Pencil support and the Pro display are on board but there are some new features as well. For example the new Pro has the least reflective display glass on any iPad. It also packs a 12MP camera with 4K video recording for those who like to be that guy.