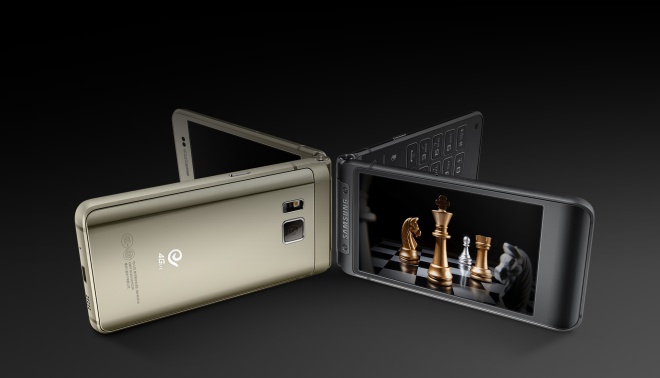 Samsung has released a flip phone called W2016. It shares most of its specs with Galaxy S6.

What is wrong with Samsung right now? First they launched the Galaxy View, a giant tablet with lowish specs and now they launch a metal and glass flip phone with high end specifications.

The W2016 packs an Exynos 7420 chipset, 3GB of RAM and 64GB of storage. The clamshell body is made out of metal and glass and it has two 3.9″ Super AMOLED displays with the resolution of 1280 x 768. Cameras are also from the Galaxy S6 but the battery is even smaller at 2000mAh. TouchWiz is running on top of Android 5.1.1 Lollipop. The W2016 is only launching China.