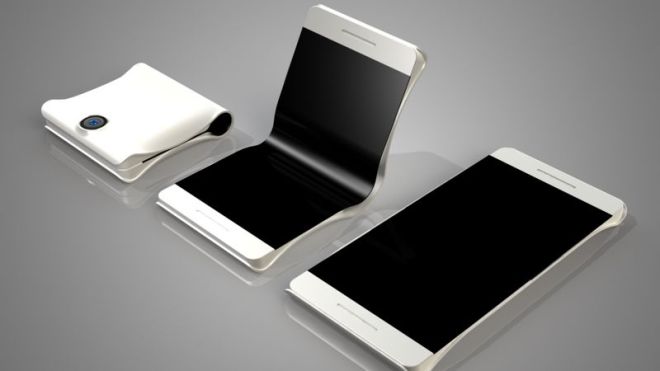 The Samsung Project Valley has leaked with possible specifications. The new generation of flip phones might be here soon.

Samsung Display has already hinted that smartphones with foldable displays might be here as early as next year. More recent rumors told that Samsung is working on a foldable smartphone, Project Valley or Project V.

Now the possible specifications of the device have leaked to Weibo. The device is going to have a Snapdragon SoC, 820 or 620, 3GB of RAM and a microSD slot. The source also suggests that the device might be released as soon as next January.

The foldable AMOLED technology has been introduced many times by Samsung and they have officially stated that the foldable smartphones will come in 2016. As the smartphone industry is pretty much stable at the moment and Samsung is losing a little market share every quarter, it would make sense that Samsung would try something new like it did with Note series back in the day and more recently with the Edge series.

It remains to be seen how the huge audience will react to the new smartphone sub-category. As with the Note Edge, the first gen device might only come available in very limited edition in side of the Galaxy S7. That would give Samsung a clue about how interested the market is in these devices.